Remembering the Life and Work of H.P. Blavatsky

“The poet’s heart, the philosopher’s mind, the prophet’s power reveals (in her work) the beauty and acumen and energy.”

Universal Theosophy offers the opportunity to get involved in virtual study meetings, allowing us to connect, discuss and learn together. Below you will find information on ongoing study groups, along with schedules of meeting times.

Meeting Length: 1 hour and 20 minutes.  Each Class is encouraging to all students to participate.

It is a discussion oriented gathering with a round robin at the end of each class where students are invited to present a concluding thought to the meeting.

Students may sign up for one or more of the above meetings.


Uttermost self-surrender and reverence are the only
means to deliverance from bondage. — HERMES

The Lustre of Wisdom

Learn from these facets of Nature; though trampled on by all, be firm in your adversity like the earth itself ; from these mountains which hold their mineral and other resources for the welfare of the world, learn that you must live for others and not for yourself; like the wind, you must be able […] Read more

Death and Immortality Theosophist, November, 1882 Letter by N.D.K. | Reply by H.P.B. The following letter states an embarrassment which may very likely have occurred to other readers of the passages quoted, besides our correspondent.—Ed. [H.P.B.] Occult Fragments and The Book of Khiu-Ti To the Editor of The Theosophist. In the article on “Death” by […] Read more

Research: On the Etymology of Senzar

Senzar in the Writings of Blavatsky (In Chronological Order) Yes, the letter-tree of Tibet is a fact; and moreover, the inscriptions in its leaf-cells and fibres are in the Senzar, or sacred language used by the Adepts, and in their totality comprise the whole Dharma of Buddhism and the history of the world. (“The Sacred […] Read more

Meditation, Concentration and Will

Introduction What is meditation? What role does concentration and will play in meditation?  What is the purpose of meditation?  And why does Krishna, representing the Higher Self,  admonish us to become men and women of meditation? Meditation, like yoga and karate, is in danger of being trivialized and stripped of its spiritual significance. Human beings, […] Read more

Plato’s Chariot Allegory, with the Commentary of Hermeas

The following is an exploration of the Platonic Charioteer Allegory, an allegory which appears not only in Greek philosophy, but also in Indian spiritual texts, both with quite similar underlying meanings. Before we come to Plato’s use of the Allegory along with Hermeas’s excellent explanation, let us quickly touch upon its use in eastern texts. The main source […] Read more

The Allegory of the Cave

The Allegory of the Cave Those having Lamps will pass them on to others.   – PLATO In The Secret Doctrine we are told that Plato was not merely the greatest philosopher of Greece but also an Adept who belonged psychically, mentally and spiritually to the higher planes of evolution, a ‘Fifth-rounder’ in the Fourth Round, […] Read more

The Twelve Signs of the Zodiac 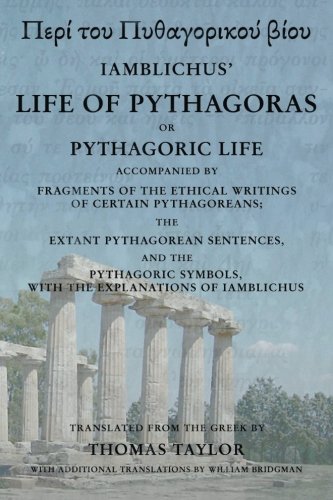