Home The Secret Doctrine Is Everything in the Universe an Illusion?

Is Everything in the Universe an Illusion?

“The Universe is called, with everything in it, MAYA, because all is temporary therein, from the ephemeral life of a fire-fly to that of the Sun. Compared to the eternal immutability of the ONE, and the changelessness of that Principle, the Universe, with its evanescent ever-changing forms, must be necessarily, in the mind of a philosopher, no better than a will-o’-the-wisp. Yet, the Universe is real enough to the conscious beings in it, which are as unreal as it is itself.” (SD 1:274)

“Esoteric philosophy, teaching an objective Idealism—though it regards the objective Universe and all in it as Maya, temporary illusion—draws a practical distinction between collective illusion, Mahamaya, from the purely metaphysical stand-point, and the objective relations in it between various conscious Egos so long as this illusion lasts.” (SD 1:631)

“Maya or illusion is an element which enters into all finite things, for everything that exists has only a relative, not an absolute, reality, since the appearance which the hidden noumenon assumes for any observer depends upon his power of cognition. To the untrained eye of the savage, a painting is at first an unmeaning confusion of streaks and daubs of color, while an educated eye sees instantly a face or a landscape. Nothing is permanent except the one hidden absolute existence which contains in itself the noumena of all realities. The existences belonging to every plane of being, up to the highest Dhyan-Chohans, are, in degree, of the nature of shadows cast by a magic lantern on a colourless screen; but all things are relatively real, for the cogniser is also a reflection, and the things cognised are therefore as real to him as himself. Whatever reality things possess must be looked for in thembefore or after they have passed like a flash through the material world; but we cannot cognise any such existence directly, so long as we have sense-instruments which bring only material existence into the field of our consciousness. Whatever plane our consciousness may be acting in, both we and the things belonging to that plane are, for the time being, our only realities. As we rise in the scale of development we perceive that during the stages through which we have passed we mistook shadows for realities, and the upward progress of the Ego is a series of progressive awakenings, each advance bringing with it the idea that now, at last, we have reached “reality;” but only when we shall have reached the absolute Consciousness, and blended our own with it, shall we be free from the delusions produced by Maya.” (SD 1:39-40)

“Three distinct representations of the Universe in its three distinct aspects are impressed upon our thought by the esoteric philosophy: the PRE-EXISTING (evolved from) the EVER-EXISTING; and the PHENOMENAL—the world of illusion, the reflection, and shadow thereof. During the great mystery and drama of life known as the Manvantara, real Kosmos is like the object placed behind the white screen upon which are thrown the Chinese shadows, called forth by the magic lantern. The actual figures and things remain invisible, while the wires of evolution are pulled by the unseen hands; and men and things are thus but the reflections, on the white field, of the realities behind the snares of Mahamaya, or the great Illusion.” (SD1:278)

“…the common mortal can form no conception of the reality of things separated from the Maya which veils them, and in which they are hidden. Alone the Initiate, rich with the lore acquired by numberless generations of his predecessors, directs the “Eye of Dangma” toward the essence of things in which no Maya can have any influence.” (SD 1:45)

“Non-being is “ABSOLUTE Being,” in esoteric philosophy. In the tenets of the latter even Adi-Budha (first or primeval wisdom) is, while manifested, in one sense an illusion, Maya, since all the gods, including Brahmâ, have to die at the end of the “Age of Brahmâ”; the abstraction called Parabrahm alone — whether we call it Ensoph, or Herbert Spencer’s Unknowable — being “the One Absolute” Reality. The One secondless Existence is ADWAITA, “Without a Second,” and all the rest is Maya, teaches the Adwaita philosophy.” (SD 1:54fn)

“…the seven forms of Cosmic magnetism [are] called in practical Occultism the “Seven Radicals,” whose co-operative and active progeny are, among other energies, Electricity, Magnetism, Sound, Light, Heat, Cohesion, etc. Occult Science defines all these as Super-sensuous effects in their hidden behaviour, and as objective phenomena in the world of senses; the former requiring abnormal faculties to perceive them—the latter, our ordinary physical senses. They all pertain to, and are the emanations of, still more supersensuous spiritual qualities, not personated by, but belonging to, real and conscious CAUSES. To attempt a description of such ENTITIES would be worse than useless. The reader must bear in mind that, according to our teaching which regards this phenomenal Universe as a great Illusion, the nearer a body is to the UNKNOWN SUBSTANCE, the more it approaches reality, as being removed the farther from this world of Maya. Therefore, though the molecular constitution of their bodies is not deducible from their manifestations on this plane of consciousness, they nevertheless (from the standpoint of the adept Occultist) possess a distinctive objective if not material structure, in the relatively noumenal—as opposed to the phenomenal—Universe.” (SD 1:145-46)

“Esoteric philosophy … divides boundless duration into unconditionally eternal and universal Time and a conditioned one (Khandakâla). One is the abstraction or noumenon of infinite time (Kala); the other its phenomenon appearing periodically, as the effect of Mahat (the Universal Intelligence limited by Manvantaric duration). With some schools, Mahat is “the first-born” of Pradhâna (undifferentiated substance, or the periodical aspect of Mulaprakriti, the root of Nature), which (Pradhâna) is called Maya, the Illusion. In this respect, I believe, esoteric teaching differs from the Vedantin doctrines of both the Adwaita and the Visishtadwaita schools. For it says that, while Mulaprakriti, the noumenon, is self-existing and without any origin — is, in short, parentless, Anupadaka (as one with Brahmam) — Prakriti, its phenomenon, is periodical and no better than a phantasm of the former, so Mahat, with the Occultists, the first-born of Gnâna (or gnosis) knowledge, wisdom or the Logos — is a phantasm reflected from the Absolute NIRGUNA (Parabrahm, the one reality, “devoid of attributes and qualities”; see Upanishads); while with some Vedantins Mahat is a manifestation of Prakriti, or Matter.” (SD 1:62)

“Prakriti is ever called Maya, illusion, and is doomed to disappear with the rest, the gods included, at the hour of the Pralaya…” (SD 1:255)

“to the eye of the Seer, the higher Planetary Powers appear under two aspects: the subjective—as influences, and the objective—as mystic FORMS, which, under Karmic law, become a Presence, Spirit and Matter being One, as repeatedly stated. Spirit is matter on the seventh plane; matter is Spirit—on the lowest point of its cyclic activity; and both—are MAYA.” (SD 1:633) 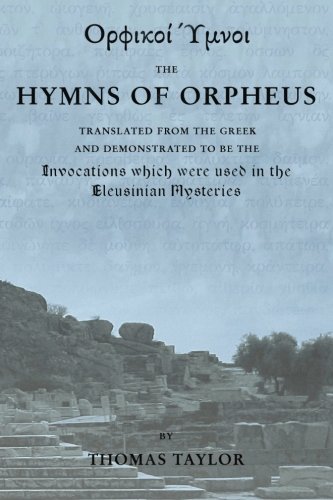