This teaching of Buddha is accessible to all human beings. It is always possible for anyone to slow down, to cut down, to moderate. But in doing so one must avoid any tendencies to become passive, escapist or vague. To fall into these traps is not to follow the Middle Way but merely to flee reality. Thus, while remaining fully engaged in the field of dharma, one must also learn to moderate. One should begin with an appreciation of the principle of the Middle Way – lying between the extremes of unedifying self-indulgence and equally unedifying self- mortification. Then through meditation one must go beyond this initial point of departure, taking advantage of the teaching of the Aryan eightfold path as a bridge between metaphysics and ethics. One must, in practice, come to experience through meditation neutral states. The entire cycle of the eightfold path, beginning in right views and concluding in right meditation, requires a continual process of formation and dissolution of perspectives and assumptions. Whatever one’s present mode of perception of the Dharma, whatever one’s present practice of the Dharma, one must be prepared both to affirm and negate this framework. Only so can one pass through a neutral condition to a renewed and regenerated understanding of the Dharma. Whilst this will be understood at first in terms of one’s solemn perspective and strenuous actions, owing to the salvationist tendency to project the idea of a path outside oneself, in time there will dawn a sobering realization that in fact this process of formation and neutralization is occurring within one’s faculties of perception, within the substance of one’s vestures.

It is not easy to master this mature understanding of the path, wherein there is no external travelling and the aspirant becomes one with the path itself. There is no room for haste or pretense. Rather, one should approach the task a day at a time. Those who attempt to jump ahead at the start, because they know nothing better, will quickly despair and abandon the path. That opens up the even worse risk of making judgements about the path and about those who authentically are attempting to follow it. Anyone finding himself or herself in this self-begotten predicament should immediately stop engaging in such self-destructive behaviour and try to make a fresh beginning. They should get back to the basics, find a different rhythm, follow it out each day and each week, learn to act incrementally as Nature does. Then they may discover that though the process of enlightenment and self-transcendence is slow, it is authentic. There will be moments of exhilaration and joy, moments of freedom and beautiful insight, as well as moments of pure love and true compassion. Above all, there will be moments of true selflessness when, in thinking of other beings, one reduces oneself to a zero. One’s eventual goal must be to thread one’s life together out of such moments, learning how, through daily meditation and right mental posture, one can be of service to humanity.

If this is the immediate and existential meaning of the teaching regarding transcendence as well as the significance of the zero principle, the ultimate metaphysical meaning of the idea lies in the unfathomable bosom of the unmanifest. The mysterious neutral axis within the cosmos and within man, around which coil the diverse powers of dual manifestation, is also a luminous thread leading to the core of the mystery of the individuality. By discovering the more and more abstract aspects of the zero within Nature and Man, one may draw closer and closer to the universal basis of spiritual immortality. All the hosts of spiritual monads on all the many planes of existence in the manifested cosmos derive from a single hebdomadic Logoic source. Preceding the differentiations of consciousness and form in the solar and terrestrial worlds, that fount of immortality radiates through seven centres from one eternity to another.

The seven Laya centres are the seven Zero points, using the term Zero in the same sense that Chemists do, to indicate a point at which, in Esotericism, the scale of reckoning of differentiation begins. From the Centres – beyond which Esoteric philosophy allows us to perceive the dim metaphysical outlines of the ‘Seven Sons’ of Life and Light, the Seven Logoi of the Hermetic and all other philosophers – begins the differentiation of the elements which enter into the constitution of our Solar System.—The Secret Doctrine, i 138–139

At this level the degrees of plenitude, self-sufficiency and self-regeneration connected with the laya principle are so profound that they have no comprehensible analogue within human life. This is the realm of Initiates. Nevertheless, every human being, as an immortal ray of the Central Spiritual Sun, has the opportunity and privilege of meditating upon the idea of Fohat, which is an emanation of the Seven Sons of Light. Whatever plane of self-consciousness a being inhabits, it is always helpful to a group of monads held together by an irresistible ideal and an overarching transcendental vision of the good to come together and strengthen their collective capacity to reduce themselves to zeros in the service of their common ideal. Training in this magical power of transmission is the essential meaning of the Sangha. When people come together, truly forgetting themselves and united by the magnetic attraction of the good, they emulate and serve in some small measure the Teachers of Humanity, the great galaxy of Buddhas and Bodhisattvas.

The highest beings learn to do this ceaselessly, invoking the Fohatic principle which is present potentially at every point in space. Even at the level of ordinary, unenlightened human beings, it is possible to take advantage of the zero principle at some elementary level. The integrity of human nature itself assures that every human being can mirror the transcendental beneficence of the highest beings. Ultimately, all the potentiality of the zero, of shunyata or the void, is present throughout the plenum. The void is the plenum. All of Nature stands as an open invitation to every group of human beings to take conscious advantage of the Fohatic potential that exists everywhere throughout the body of Nature, but which is most powerful in the realm of ideation, the realm of Mahat, universal mind or Aether-Akasha. This is an invaluable lesson for any group of pilgrim souls to learn if they would constitute themselves true helpers of the servants of humanity in the coming decades and in the dawn of the Aquarian Age. In all relationships – in one’s household, at work and in the greater society – one may participate in the unfoldment of the ascending cycle that will stretch right into the next century.

To ally oneself truly with other human beings on behalf of the cause of humanity is to touch upon a much greater richness in human nature than can ever be experienced otherwise. Apart from the activation of the germ of spiritual self-consciousness, human beings are mostly semi-conscious, unconscious in relation to themselves and the potential in humanity. Once one learns to neutralize the lower self to some degree, thus transcending the opposites at a preliminary level, one will immediately discover what a fruitful diversity there is within oneself, between any two human beings, much less amongst larger groups. One will begin to see the profound importance of the plane of mentality – the plane of intellection – which is broader in its scope than any other plane. One will also begin to grasp the grandeur and magnitude of the vast inheritance of all human beings over eighteen million years.

Access to the plane of Chit – the vast and inexhaustible realm of boundless possibilities – inevitably depends upon self-conscious assimilation of the Law of Sacrifice. Within the planes of manifest existence there is a continual giving and receiving between all atoms, monads and beings. One may view all of this in terms of a calculus that seeks to measure how much one is getting in relation to how much one is giving. But the arithmetic of the marketplace is not easily applied to human affairs; moral calculus is tricky. It would be most unwise to perform this moral arithmetic inefficiently and on behalf of one’s ego. When human beings edit, forget and fall prey to ingratitude, they generate a tragic inversion of the principles of karma and justice. They think that whatever good they experience is self-generated, whilst whatever is bad comes from outside. In the end this amounts to a denial of the compassion at the core of the cosmos. In effect, by becoming obsessed with personal ratios of giving and receiving, one cuts oneself off entirely from the well-spring of one’s own true being. Instead of succumbing to such a tragic fate, it is far healthier and much more human to learn to enjoy giving generously and wisely at all times. By stepping outside the realm of petty calculation, one becomes a creative participant in the universal wisdom-sacrifice, the jnana yajna, of the cosmos.

Each breath is a sign of involvement in the Great Sacrifice. Each thought is itself a part of that sacrifice. How, then, can human beings impose some narrow view, whether egotistic or bilateral, upon the boundless stream of universal sacrifice? Instead of ensnaring oneself in the unnecessary tensions of a pseudo-sense of justice, which is merely a noisy mass of humbug that will leave, at death, an ugly rupa, one should reduce oneself to a zero. No amount of self-inflation and fearful grasping, no adherence to concretized images of oneself and one’s possessions – physical, mental or even spiritual – can contribute one iota to one’s well being as a soul. It is not prudence but folly that leads human beings to store up treasures in the realm of manifestation. From instant to instant the entire cosmos passes through a neutral point, a metaphysical zero point, and instantly and effortlessly it is regenerated in all its vastness. If the universe itself continually depends upon the mystery of All and Nothing within the Zero, there can be no greater wisdom for human beings than to cooperate self-consciously with the zero principle. Living from day to day and moment to moment in calm assurance of the ontologically boundless plenty of the Great Sacrifice, the neophyte can learn to rest upon the bosom of the infinite waters of Truth. 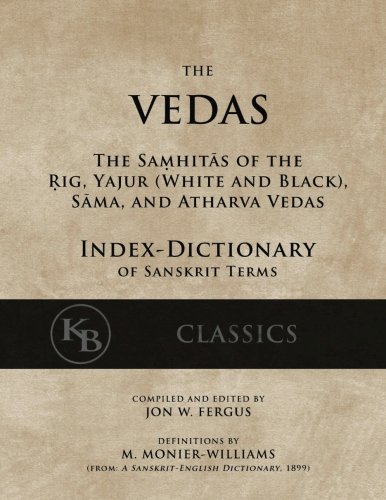