Home Theosophical Research Research: On the Etymology of Dzyan

Indeed, the secret portions of the “Dan” or “Jan-na”* (“Dhyāna”) of Gautama’s metaphysics—grand as they appear to one unacquainted with the tenets of the Wisdom Religion of antiquity—are but a very small portion of the whole.

* Dan, now become in modern Chinese and Tibetan phonetics ch’an, is the general term for the esoteric schools, and their literature. In the old books, the word Janna is defined as “to reform one’s self by meditation and knowledge,” a second inner birth. Hence Dzan, Djan phonetically, the “Book of Dzyan.”

See Edkins, Chinese Buddhism, 1880, p. 129fn, from which HPB draws her above definition:

The word Ch’an (in old Chinese, jan and dan), originally signifying “resign,” had not the meaning to “contemplate” (now its commonest sense), before the Buddhists adopted it to represent the Sanscrit term Dhyana. The word in Chinese books is spelt in full jan-na, and is explained, “to reform one’s self by contemplation or quiet thought.”

The changes in the Chinese pronunciation over time are thus:

The meaning applied to this term (禪) comes from the Sanskrit Dhyāna and the Pali Jhāna, which was adopted by the Chinese and superimposed upon the existing term (禪那, pinyin: chánnà). As HPB says: “the secret portions of the ‘Dan’ or ‘Jan-na’ (‘Dhyāna’) of Gautama’s metaphysics.”

Again, in a posthumously published article (“The Secret Books of ‘Lam-Rim’ and Dzyan,” CW 14:422) HPB reinforces the above connection with dhyāna:

“The Book of Dzyan—from the Sanskrit word “Dhyâna” (mystic meditation)—is the first volume of the Commentaries upon the seven secret folios of Kiu-te [rgyud sde], and a Glossary of the public works of the same name.”

We see that HPB’s spelling is closest to the Middle Chinese, but the pronunciation she gives is from the Old.

You can listen to an approximation of the pronunciation of the Old and Middle Chinese by entering the IPA text here: http://ipa-reader.xyz (i.e. copy/paste /*djan/ or /d͡ʑiᴇn/ there).

You can also hear the modern pronunciation here: https://www.mdbg.net/chinese/dictionary?page=worddict&wdrst=1&wdqb=禅 (click on the little double-arrow then on the speaker symbol).

Hence the progression of this term would seem to be something like:

And it is somewhere in the djan -> dzyen stage where our spelling and pronunciation would fall.

Edkin’s account of the history is perhaps a bit muddled up and contains some mistaken assumptions, errors, etc., as was common in early western books on Buddhism, but the fuller history is outlined in some good modern books (see, for instance John R. McRae, The Northern School and the Formation of Early Ch’an Buddhism). The wikipedia pages on various schools of Buddhism are also quite informative.

At the time of Shénxiù there was a schism in the “Chan” school, and the genuine esoteric “gradual path” approach of the first 6 Patriarchs was eventually replaced within Chan/Zen by the “sudden path” approach (from which nearly all modern Chan/Zen schools draw their teachings). It seems that it is primarily in Tibet that the “gradual path” approach continued after the fall of Nalanda (see, for reference, the Samye Debate). So, when HPB in the SD and Voice refers to the “esoteric schools” of which the general term was “Dzyan,” she seems to be there referring, via Edkins, to the early Chinese Buddhism under Bodhidharma and likely, by extension, to that which existed in Nalanda at the time, at least parts of which continued in Tibet (in some schools more than others).

The above gives one part of the story of the etymology of Dzyan. The other part is as follows:

Dzyn or Dzyan (Tib.). Written also Dzen. A corruption of the Sanskrit Dhyan and Jnâna (or gnyâna phonetically)—Wisdom, divine knowledge. In Tibetan, learning is called dzin.

Thus, in addition to the definite connection given in the SD between Dzyan and Dhyāna, as shown above, HPB also connects “Dzyan” with the Sanskrit Jñāna, and in a secondary sense to the Tibetan term Dzin (འཛིན་, ‘dzin).

Dzin carries the meanings “hold, bear, grasp, apprehend, conceive, fixate on,” etc. thus also related to learning. For instance, one of the names of the 14th Dalai Lama is Tenzin or Ten-dzin (བསྟན་འཛིན་, bstan ‘dzin), the “holder (or apprehender) of the teachings.” However, Dzin or Dzin-pa (འཛིན་པ་, ‘dzin pa) is more closely related to the Sanskrit Dhāraṇā rather than to Dhyāna. The direct Tibetan equivalent of Dhyāna (thus also of the Chinese Chán, etc.) is Samten (བསམ་གཏན, bsam gtan) (see Voice of the Silence, “Glossary to Fragment III,” Note 4).

As has been pointed out by David Reigle, through his own researches, the Tibetan letter “dz” always transliterates the Sanskrit letter “j.” This seems to support HPB’s suggestion that Dzyan may be (at least in part) a corruption of the Sanskrit jñāna. In common modern pronunciations of jñāna, such as the Hindi or Nepalese, the final “a” is dropped, thus resulting in “jñān,” and if such was transliterated into Tibetan it would indeed read something like “dzyan.”

The Tibetan word used for jñāna in translations of Sanskrit texts is “shé” as in “yéshé” (ye shes) or “shépa” (shes pa), so a connection between jñāna and dzyan, through a Tibetan corruption would be on the basis of transliteration of the Sanskrit. Further, as explained by Reigle in a correspondence, “jñāna in [Tibetan] Buddhist texts as ye shes, verses shes pa, is depicted as being the result of meditation rather than of discursive thought. So at least the general idea of dhyāna is there with it.”

When in the SD HPB says “In the old books, the word Janna is defined as ‘to reform one’s self by meditation and knowledge,’” we may perhaps say “to reform oneself by dhyāna and jñāna,” hence those two terms may each play a conceptual role in the meaning HPB wishes for us to consider in the term “dzyan.” As per HPB’s glossary definition, perhaps within Tibet there was a kind of phonetic or transliterated mixing together and corruption of both dhyāna and jñāna (which, incidentally, also occurred in the first printings of HPB’s Voice of the Silence). Or perhaps it is solely a transliteration of jñāna and not dhyāna.

In regards to which of the above (dzyan sourced in the term dhyāna vs. jñāna) is most likely to be the direct etymological term, it seems to me that the case for the Old Chinese 禪 (djan), sourced in the Sanskrit Dhyāna, is much stronger. This is, however, no final verdict. The case for jñāna as the etymological term has been made by David Reigle in his booklet The Books of Kiu-Te or the Tibetan Buddhist Tantras: A Preliminary Analysis (1983), and students are encouraged to investigate that possibility in further depth than is offered here, especially as there are doctrinal considerations in addition to linguistic considerations which I’m not capable of going into here.

To close, if we follow the “‘Dan’ or ‘Jan-na’ (‘Dhyāna’)” option down the ages, we will find the following story (roughly given):

1. the oldest form of the word in known languages, Sanskrit dhyāna (perhaps from a PIE root *dheie (see also here), or we might speculate its origin from a Senzar term);

2. this becomes in Pali jhāna, which the early Buddhists use over the Sanskrit (and which use continues in southern Buddhist schools);

3. the meaning of the Sanskrit and Pali term gets grafted onto the existing Chinese term Janna when Bodhidharma brings Buddhism to China;

4. Janna gets shortened to Jan (this is the old Chinese pronunciation “djan” which HPB mentions in the SD);

6. Buddhism spreading into Korea and Japan etc. brings the Middle Chinese pronunciation of “dzyen,” hence leading to Zen in Japanese and Seon in Korean.

8. over time the Chinese pronunciation changes into something closer to “chan” (the modern Mandarin pronunciation).

HPB would thus seem to utilize the Old and Middle Chinese pronunciations in her usage.

If we follow the “Tibetan corruption of jñāna” option down the ages, we will find the following story (roughly given):

1. the oldest form of the word in known languages, Sanskrit jñāna (from the root verb ज्ञा (jñā), from PIE root *ǵneh₃- (“to know”);

2. this is adopted by later PIE languages such as Hindi, Nepalese, etc. with the final “a” dropped, and often with a corruption of the first syllable, leading to the pronunciation “gnyan” (/ɡjɑːn/) or “gyan”;

3. this (spelled jñān) is then transliterated into Tibetan with “dz” replacing “j,” resulting in something approximating “dzyan.”

If we decide to seek one specific etymological term, these seem to be our two main possibilities, roughly given. 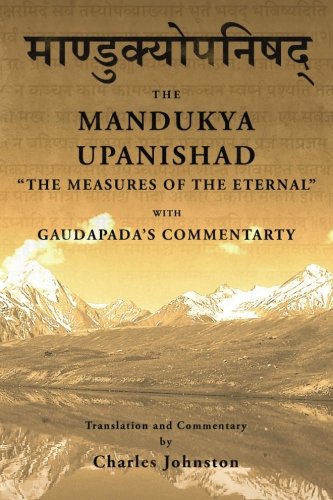