Meditation, Concentration and Will

Meditation, like yoga and karate, is in danger of being trivialized and stripped of its spiritual significance.

Human beings, perhaps often unbeknownst to themselves, naturally seek to escape the confines of claustrophobic conceptions of self. The evidence of this is the pronounced inclination to conform to various social norms and groups. People are looking for a way to push back against  the isolation and loneliness of modern civilization and a separative sense of self. Ironically there are more human beings on the earth than at any other time in recorded history, and more human beings crammed into massive cities than at any other known time yet modern western civilization could be characterized by a sense of isolation and despair. People are increasingly looking for a way out of the box they find themselves trapped within.

Meditation is the central discipline in the longest pilgrimage. The Secret Doctrine of Theosophy teaches us that in our essence we are mirrors of the Divinity, spiritual monads in the ancient Greek sense, rays of universal consciousness, intimately connected to each other and all living beings. The realization of this reality is an almost unimaginable odyssey of the Soul. This journey includes gaining experience through all manifest forms from mineral, plant and animal until the ray of universal self- consciousness is awakened.  Once this stage has been reached the journey back to the Spiritual Sun is entirely self-directed.  The true goal of individuation (becoming complete individual in the Emersonian sense) is to mirror the whole universe in the part.   This particular stage of the human odyssey is over 18 million years old according to great teachers of the East and is comprised of Yugas or cycles of time lasting hundreds of thousands of years. The life of man is a seemingly interminable series of incarnations on this plane of existence which Shakespeare compared to a stage in a theatre. Each lifetime is merely one single role in the life of the Great Actor, the Immortal Soul. He/She must play a short scene ( a single life) before returning to the actor’s studio to begin preparation for the next role to be played upon the great stage of life. Meditation is that activity intended to root the consciousness on the plane of the immortal soul that lies outside the scope of space and time, that is beyond the play. Krishna admonishes us to become men and women of meditation.

Meditation and Continuity of Consciousness

The immortal soul is the Ariadne’s thread that connects one life to the next. It is possible to raise one’s attention above the activities of the personality, above the clamor of the world, above the chatter of the lower mind and assume the position of the immortal soul. Some call this the Witness posture, spoken of in Patanjali’s yoga aphorisms. To associate one’s sense of identity with this impersonal posture and to maintain it while going through life is to establish continuity of consciousness. This requires a thorough philosophical review of who and what we think we are.  Meditation is an exercise in self-transcendence. It is an attempt to get to that place that is beyond the personality.   When we attempt to make this ascent each period of meditation serves as a bead in a chain building greater and greater continuity between the personality and the Immortal Soul.  It is a temporary release from the personal consciousness from the role in the play we are now playing.  We set it aside as an act of will that we might imagine our consciousness back into it source outside of space and time.  So from this point of view meditation is a concentrated effort of the will to return to the mental posture of the immortal soul.  To make this posture continuous and unbroken is the goal of the yogi.

Concentration And Will As It Pertains To Meditation

To gain this posture requires a discipline, an exercise if you will.  We are unsteady in elevating the mind above the manifest world because we are so identified and invested in it. The world is one of constant change and the lower mind, the monkey mind, is characterized as leaping from object to object, desire to desire in an endless chain of changes.  Concentration is the act of centering the mind on a single subject.  It does not mean turning off the mind. This is a dangerous mistake when learning about meditation.  Rather it means holding the mind steady on a point and allowing that point to expand and elaborate. For this to really work the object of meditation needs to be universal, noble and divine (impersonal if you will).  All the while these connections maintain a chord to the object of meditation.  This is extremely difficult.  When we engage in such a discipline we discover that it is s well nigh impossible.  But we must engage the will, assert the will, to bring the mind back to a focus. So we try and try, like  a child learning to ride a bike or play the violin until, little by litte, we can some facility. And the effort to command the will brings strength and power to the enterprise over time, much like exercise builds muscle in the body.  Concentration combined with a devotional posture provides access to the Higher Mind which is not influenced by sensory or temporal desire.  Kama Manas (the mind tethered to the world and personal desires) is characterized by the chasing of desires, slavishly obedient to likes and dislikes based upon past and current pleasures and pains.

The Candle of Vision

For those us familiar with Theosophical literature we might say the following:  What  Wiliam Quan Judge is to the subject of the Spiritual Path, what BP Wadia is to the study of the Secret Doctrine, what Robert Crosbie is to the fundamental tenets of Theosophy, A.E, George William Russel is to the subject of Meditation.  He sees it in a purely spiritual light, he explains it from the point of view of the disciple as an act of devotion. His book, The Candle of Vision, is the perfect companion to the student of true spiritual meditation. Here is a sample:

“The meditation they urged on us has been explained as the ‘inexpressible yearnings of the inner man to go out into the infinite.’ But that Infinite we would enter is living.  It is the ultimate being of us. Meditation is a fiery brooding on that majestical Self.  We imagine ourselves into Its vastness.  We conceive ourselves as mirroring Its infinitudes,  as moving in all things, as living in all beings, in earth, water, air, fire, aether.  We try to know as It knows, to live as It lives, to be compassionate as It is compassionate.  We equal ourselves to It that we may understand It and become It.  We do not kneel to It as slaves, but as Children of the King we lift ourselves up to that Glory, and affirm to ourselves that we are what we imagine. ‘What a man thinks, that he is: that is the old secret,’ said the wise.  We have imagined ourselves into this pitiful dream of life.  By imagination and will we re-enter true being, becoming that which we conceive of. On that path of fiery brooding I entered.” 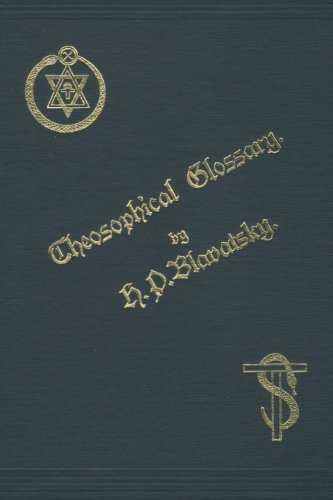