Home The Wisdom of the Ages Movements

“As the Ganga advances, other streams flow into it, and hence at the mouth it grows so wide that neither bank is to be seen and a person sailing upon the river cannot make out where the river ends and the sea begins. … The Ganga does not leave its course in search of tributaries … [but] the tributaries spontaneously join the Ganga as it advances” – Mahatma Gandhi

Image taken from the article “The Old Wisdom-Religion“, from The Path, January 1895

“The diagram is not meant to be historically or chronologically exact, though philosophically it is, I believe, true and exact as to relations and sequence. It may be read from below upward, tracing our inheritance backward beyond written history, or it may be read in the reverse order.” — from the Author.

An Alternate View of Human History

The true history of humanity is not to be found solely among the records of kings and queens, of conquest, commerce and nation-building, as these but paint one aspect of humanity’s march through time. It takes several perspectives and several approaches to human history to begin to establish a more holistic vision in our minds.

Historical textbooks, written with affinities towards dry fact and lifeless names and dates, and often with unveiled bias, can hardly encompass the human state during any epoch. Knowledge of the beginnings and ends of wars, of the rise and fall of kingdoms marks only a one-dimensional understanding of humanity and its cyclic progress. We know that the truth of the humanity of our own era cannot be summed up by analysis of our wars, by mere study of our architecture or art, but must be sought by combining these with an investigation into the way we think. We are to be known not solely by our deeds, but by the ideas that govern our daily affairs, that fuel our deeds — how do we see the world, how do we see ourselves and others, how do we understand our place in existence?

Hence, for a more complete understanding of the human legacy, we must look through the outer appearances and seek to understand the inner humanity of any civilization, and it’s only by combining several viewpoints into a holistic vision that we can hope to accomplish this.

As theosophists, we are often drawn to seek out a perspective more specific to the advancement of the culture, of the people and of the progress of the thinking of an age — a view of the evolution of ideas alongside the evolution of humanity’s outer forms. We find the history of our modern textbooks to have altogether missed this aspect of humanity’s progress, which holds such immense value and import to the soul of Man. We wish then, to present another view of human history, one that when combined with the more popular views may bring about a more complete picture of the whole. We wish to delve into the lifeblood of human civilizations by examining the evolution of ideas that has always defined who we are.

Theosophists are keenly interested in these ideas, and particularly interested in the universality of them. Through honest and sincere study we begin to see that the core ideas pervading all human cultures have been built upon the same basic fabric of insight. We find that all civilizations have had their sages and seers and saviors, and we find that the teachings of these have always been of one and the same doctrine. We see an ancient wisdom underlying the core presumptions and assumptions of all societies, more or less veiled as the case may be, but always present among its greatest and noblest thinkers.

Theosophists see in this a transmission of wisdom, a traceable movement of ideas through human history. In our desire to understand ourselves and our ancestors we peer into our collective past and, as one plucks the needles from a haystack, we begin to find scattered here and there individuals who’s lives were dedicated to the study and transmission of inherent human wisdom. These have given rise to schools, to philosophies and sciences, to religions and brotherhoods that have profoundly impacted the eras in which they’ve lived and operated. It is very often that the greatest thinkers known to popular history have stood on the shoulders of silent giants who partly or wholly evaded fame, but who spent their lives learning and teaching fundamental human conceptions, often centuries ahead of their contemporaries. From these ideas have sprouted the collective thought of entire societies, civilizations and nations, while at other times they have provided a stark counter-point to the prevalent thought of popular religions, philosophies and sciences.

In these movements we glimpse a new view of human history — we see a great and continuous and noble effort to retain and further human wisdom and to promote brotherhood in all ages. We see a never-ceasing attempt to understand ourselves, to know who and what we are in our essence. And in this we see humanity as a great flow of ideation, from which manifests the outer forms of individuals, societies and civilizations.

This section will therefor be an ever-expanding, ever-growing picture of human history through the identification and presentation of great movements and individuals that have sought to sow the seeds of noble human ideals among regular men and women. We find this to be an inspiring and uplifting vision of human history and progress, which has the power to shed much light on the true nature of spiritual evolution, and we hope through this effort that we may begin to see our history and ourselves in a more expansive light. 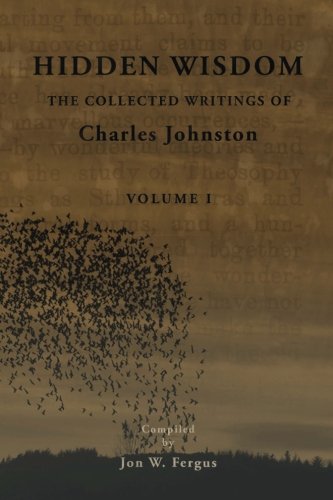