To aid students in approaching this most fundamental concept, we present three quotations from H.P. Blavatsky for consideration.

“The Secret Doctrine establishes … An Omnipresent, Eternal, Boundless, and Immutable PRINCIPLE on which all speculation is impossible, since it transcends the power of human conception and could only be dwarfed by any human expression or similitude. It is beyond the range and reach of thought — in the words of Mandukya, “unthinkable and unspeakable.”
To render these ideas clearer to the general reader, let him set out with the postulate that there is one absolute Reality which antecedes all manifested, conditioned, being. This Infinite and Eternal Cause — dimly formulated in the “Unconscious” and “Unknowable” of current European philosophy — is the rootless root of “all that was, is, or ever shall be.” It is of course devoid of all attributes and is essentially without any relation to manifested, finite Being. It is “Be-ness” rather than Being (in Sanskrit, Sat), and is beyond all thought or speculation.
This “Be-ness” is symbolised in the Secret Doctrine under two aspects. On the one hand, absolute abstract Space, representing bare subjectivity, the one thing which no human mind can either exclude from any conception, or conceive of by itself. On the other, absolute Abstract Motion representing Unconditioned Consciousness. Even our Western thinkers have shown that Consciousness is inconceivable to us apart from change, and motion best symbolises change, its essential characteristic. This latter aspect of the one Reality, is also symbolised by the term “The Great Breath,” a symbol sufficiently graphic to need no further elucidation. Thus, then, the first fundamental axiom of the Secret Doctrine is this metaphysical ONE ABSOLUTE — BE-NESS — symbolised by finite intelligence as the theological Trinity.” (Secret Doctrine, I:14, Proem)

“The ever unknowable and incognizable Karana alone, the Causeless Cause of all causes, should have its shrine and altar on the holy and ever untrodden ground of our heart—invisible, intangible, unmentioned, save through “the still small voice” of our spiritual consciousness. Those who worship before it, ought to do so in the silence and the sanctified solitude of their Souls; making their spirit the sole mediator between them and the Universal Spirit, their good actions the only priests, and their sinful intentions the only visible and objective sacrificial victims to the Presence.” (Secret Doctrine, I:280)

“… the inner man is the only God we can have cognizance of. And how can this be otherwise? Grant us our postulate that God is a universally diffused, infinite principle, and how can man alone escape from being soaked through by, and in, the Deity? We call our “Father in heaven” that deific essence of which we are cognizant within us, in our heart and spiritual consciousness, and which has nothing to do with the anthropomorphic conception we may form of it in our physical brain or its fancy: “Know ye not that ye are the temple of God, and that the spirit of (the absolute) God dwelleth in you?” Yet, let no man anthropomorphise that essence in us. Let no Theosophist, if he would hold to divine, not human truth, say that this “God in secret” listens to, or is distinct from, either finite man or the infinite essence—for all are one.” Key To Theosophy, Section 5. 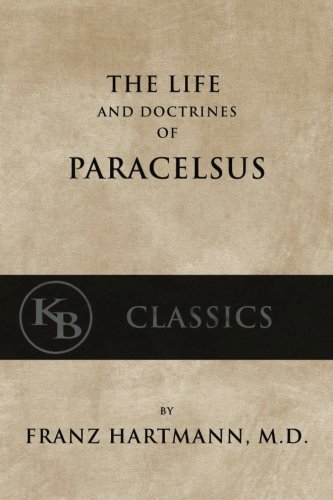