In the ocean of worldly life man strives for happiness. His knowledge and experience of the past years of the present incarnation are consubstantial with the longings of his desires and ambitions, the urges of his senses and organs. Faith and religious feeling spring from and are subservient to the forces of his environment. Many men live in this state of waking life and their dream state is but an extension of their mundane strife and striving. Then death comes and the incarnation is over. Of such The Voice of the Silence says:

Behold the Hosts of Souls. Watch how they hover o’er
the stormy sea of human life, and how, exhausted, bleeding,
broken-winged, they drop one after other on the swelling
waves. Tossed by the fierce winds, chased by the gale, they
drift into the eddies and disappear within the first great vortex.

The real nature of life on earth is not sought after by millions; they are either lulled into the belief that the mysteries of god and gods are not to be questioned or they accept blindly the dictum of the modern agnostics – ” Not known so far. ”

In every age Gnostics have existed and in their dictionary the terms ”unknown” and ”unknowable” have no place.

The Gnosis is Theosophy; the Esoteric Philosophy is recondite, profound, vast, but man’s mind and heart are fully capable of understanding its elementary principles. Those human souls who, hovering ”o’er the stormy sea of human life,” feel, as they grow” exhausted, ” that there must be a meaning to life, a purpose in the universe, a way out of this Cimmerian darkness, begin a search. Soon or late they come upon the teaching epitomized in Isis Unveiled ( II. 124), that

1, everything existing, exists from natural causes; 2, that virtue brings its own reward and vice and sin their own punishment; and 3, that the state of man in this world is probationary.

All life is probationary. The glimpsing of this truth is the beginning of wisdom. Study of and reflection on these three fundamental principles of human evolution test the enquirer’s zeal, the seeker’s persistency. If these three principles appeal to reason and the heart’s instinct, what next? The notions of creeds, of customs, of scientific agnosticism and of materialistic psychology have to be abandoned. The seeker has to admit that he himself and no one else is responsible for the conditions of life, physical, mental, moral, in and through which he must struggle to emerge on the surface, where the sunlight is met. In this effort he will soon come upon the important truth given in The Voice of the Silence:

This earth, Disciple, is the Hall of Sorrow, wherein are set
along the Path of dire probations, traps to ensnare thy EGO
by the delusion called ”Great Heresy.”

Be it noted that the acceptance of the fact that all life, and therefore one’s own, is probationary, and the resolve to learn more, bring one to that stage where one recognizes that he is a pupil, a learner, and that the Master is within himself. Says H.P.B.:

The” great Master” is the term used by Lanoos or Chelas
to indicate one’s” HIGHER SELF.” It is the equivalent of
Avalokitesvara, and the same as Adi-Budha with the Buddhist
Occultists, ATMAN the” Self” (the Higher Self) with
the Brahmans, and CHRISTOS with the ancient Gnostics.

The overcoming of the defects born of personal and environmental knowledge, and the development which brings perception of the traps which ensnare the Ego by a disregard of the true philosophy of Universal Brotherhood—these cause the God in us to become our guide and friend. The Master within is patient to wait and watch for the awakening of the personal man; and compassionate to warn, to encourage and to guide him once that the personal man accepts the Master as the Inner Ruler. Study of and meditation on the nature of the Self bring the pupil and learner to the stage described thus in The Voice of the Silence:

The light from the ONE MASTER, the one unfading golden
light of Spirit, shoots its effulgent beams on the Disciple
from the very first. Its rays thread through the thick, dark
clouds of matter. Now here, now there, these rays illumine it. like sun-sparks
light the earth through the thick foliage of the jungle
growth. But, O Disciple, unless the flesh is passive, head
cool, the Soul as firm and pure as flaming diamond, the
radiance will not reach the chamber, its sunlight will not
warm the heart, nor will the mystic sounds of the Akasic
heights reach the ear, however eager, at the initial stage.

The personal man is enveloped by ”the thick, dark clouds of matter”; through that envelope the Light penetrates because of loyalty to the truth perceived and faith in the Master within. However dim the rays which penetrate the jungle growth of animalism and the separative tendency of cold intellectualism, the pupil is appealed to undertake further exercises for his inner development. Flesh ”passive,” ”head cool,” Soul ”firm and pure”— the achieving of these calls for arduous effort and takes the practitioner a long time. The flesh represents the urges of the senses and the organs; they are active in the personal man; they are in command; they rule. They are positive; they have to become passive or receptive. When they are active they heat the head, and confuse the thinking principle and enslave it. Only a cool head, a calmed mind, a tranquil heart, can control the flesh and make it listen to truth, to reason, to righteousness. To develop a cool head we need” the gentle breezes of Soul-wisdom to brush away the dust of our illusions,” i.e., appropriate study to learn how to make the head cool. The Soul within is firm and pure and the strength and . steadfastness of that Soul must be appealed to. This necessary appeal, made with faith and conviction, brings the response to our lower mind and makes it cool and concentrated.

It is indispensable that the learning aspirant and practitioner apply the basic idea of Occultism, that true growth is an unfoldment from within without. We have to grow as the flower grows, from inwards outwardly.

This prolonged exercise constitutes the first step in its completeness. It may take many years; it may take a lifetime. In attempting to learn the full lesson implicit in the taking of the first step, we are also learning that time has to be conquered. Not past, present and future, but only that aspect of the present which is the Eternal Now, need be our concern. 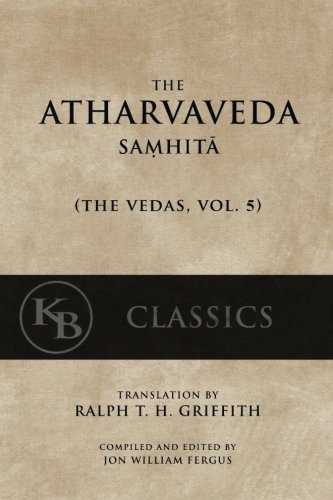