Prakriti may be looked upon either as Maya when considered as the Upadhi of Parabrahmam or as Avidya when considered as the Upadhi of Jivatma (7th principle in man).1 Avidya is ignorance or illusion arising from Maya. The term Maya, though sometimes used as a synonym for Avidya, is, properly speaking, applicable to Prakriti only. There is no difference between Prakriti, Maya and Sakti; and the ancient Hindu philosophers made no distinction whatsoever between Matter and Force. In support of these assertions I may refer the learned hermit to “Swetaswatara Upanishad” and its commentary by Sankaracharya. In case we adopt the fourfold division of the Adwaitee philosophers, it will be clearly seen that Jagrata,2 Swapna3 and Sushupti Avasthas4 are the results of Avidya, and that Vyswanara,5 Hiranyagarbha6 and Sutratma7 are the manifestations of Parabrahmam in Maya or Prakriti. In drawing a distinction between Avidya and Prakriti, I am merely following the authority of all the great Adwaitee philosophers of Aryavarta. It will be sufficient for me to refer to the first chapter of the celebrated Vedantic treatise, the Panchadasi.

In truth, Prakriti and Purusha are but the two aspects of the same ONE REALITY. As our great Sankaracharya truly observes at the close of his commentary on the 23rd Sutra of the first chapter of the Brahma sutras, “Parabrahmam is Karta (Purush), as there is no other Adhishtatha,8 and Parabrahmam is Prakriti, there being no other Upadanam.” This sentence clearly indicates the relation between “the One Life” and “the One Element” of the Arha-philosophers. This will elucidate the meaning of the statement so often quoted by Adwaitees—“Sarvam Khalvitham Brahma”9 and also of what is meant by saying that Brahmam is the Upadanakarnam (material cause) of the Universe.

2. Jagrata—waking state, or a condition of external perception.

3. Swapna—dreamy state, or a condition of clairvoyance in the astral plane.

5. Vyswanara—the magnetic fire that pervades the manifested solar system—the roost objective aspect of the ONE LIFE.

6. Hiranyagarbha—the one life as manifested in the plane of astral Light.

7. Sutratma—the Eternal germ of the manifested universe existing in the field of Mulaprakriti.

8. Adishtatha—that which inheres in another principle—the active agent working in Prakriti.

9. Everything in the universe is Brahma. 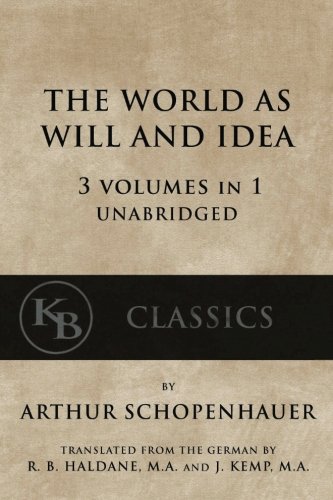