Home Articles Articles by Robert Crosbie The Storehouse of Thought

The Storehouse of Thought

The Storehouse of Thought

When we consider the idea of thought we must remember that there cannot be thought without a thinker. There are no thoughts that arise of themselves; they are all produced by intelligent beings, no matter what kind of thoughts they are.

We are all thinkers, and we all assume that we have minds, but of what does the mind consist? What we call our mind is not, in reality, mind at all. The mind itself is the power to think. The bundles of ideas that we call our minds are the products of the thinking faculty; they are the effects of intelligent ideation, and we have to get further and further back from the effects perceived to the causes of those effects.

Mind itself is not limited; we all have the unlimited power to think in any and all directions. But we all are born into or come in contact with different sets of ideas which we consciously or unconsciously adopt and cling to. Yet we ought to recognize and realize from the very outset that we are not those ideas, because we have the power to “change our minds”; if we were in fact our ideas, we could not change them, could never get a new idea nor expel an old one.

We think that our ideas are our own; but, when we come to self-analysis, we find that as a matter of fact not one in a million is an independent Thinker who creates his thoughts from a realization of the universality of nature and the common source from which we all derive or draw what seem to be our separate powers. It is strange that we do not see that there is a common source for us all, and for all our powers; that only the use of life and the life-powers differ in each, according to the ideas each one holds. We all have the power to think, and we all think differently, and that makes us seem to be different.

If we are ever going to know anything of the common Source of all our being and of all our powers, we have to gain that knowledge within ourselves. For no one is separate from It; each one springs from the same Supreme, is one with It in his inner most nature. The idea is beyond any conception of the Deity as people hold God today, or that has been popularly held in the past.

The Supreme is beyond form. It is beyond expression. Where is the man who can say what That is within himself which sees, which knows, which feels, which experiences, which garners the results of all experience? Each one is of that Infinite Source, because all have the same infinite root; each one is an expression of It.

If a man does not understand what his real Source is, what his real nature is, and assumes himself to be that which he is not, then all his exercise of the power to think, all his creative thoughts, all his subsequent actions, will follow the lines of his wrong basis of thought and action. If he thinks he is a poor miserable sinner who cannot do anything of himself and for him self, then a poor, miserable sinner he will remain. But if he realizes that all the effects which surround him are due to thinking, that he can create better effects, that all things are within his reach, he will gain a new insight and a greater strength. He gets beyond effects to the field of causes, and begins to realize that all things are alike in essential nature. He finds from that consideration that the universe is under Law. The very highest being is under law, just the same as the very lowest. That Law does not exist outside of us, and is not put in motion by some being or beings outside us, but is inherent in each. As we act, we experience the reaction; as we think, so are we. In accordance with the intelligence of our action, so will be the expression returning to us. ‘ ye sow, so shall ye also reap;” as we are reaping, so we must have sown.

We have there the first and final expression of Justice: that we reap what we have sown. In whatever conditions we may find ourselves, we have to admit that they are our own productions. How were they originally produced? By the thoughts of the thinker based on a false conclusion. The power of the Supreme is in every one. No matter what the man thinks, there is power in it; and if he holds to that thinking he is bound to produce the effects that flow from the lines of his special endeavor. If he is creating things that perish, if he is creating things that do not relate to his own true nature—if his power to think is wrapped up in the things that have to do only with his body or the bodily surroundings, or his physical advancement—is it any wonder that soon or late we find ourselves in a complex situation and with such usually disastrous consequences to ourselves? We are bewildered by the very effects that we have produced by our thinking based upon wrong ideas.

We have then to beware that we do not set the power of our spiritual nature in a personal direction, for personal, selfish ends; such will only bring reaction upon us, of necessity. Each one has pursued his own individual path, as if he were separate from all the rest, and so has created the conditions under which he exists, the experiences that bring him suffering or enjoyment.

We have considered that good and evil are things in themselves. They are not. There is nothing good in itself; there is nothing evil in itself. Good and evil are the effects felt by us. What is good to one may be evil to another. It depends on the recipient, on his attitude of mind. If we see that Law rules and recognize that these effects were produced by ourselves, that we receive the exact return of causes set in motion by ourselves, then we see that whatever we do or have done affects others either for good or evil, and that we must in the nature of things in time pay that debt incurred or receive back the benefit conferred. The good that comes is what we have earned through service to others. The evil that befalls us is also what we have earned, by lack of service or by injury to others—every effect is the continuation of the cause set in motion by ourselves.

There is the true idea to be established in us—that of our individual responsibility to all others for the use of our powers. In it is implied the Spiritual Identity of all beings, the divinity of every being that exists—not only of mankind—the good and bad natures there—but every being below us, as well as every being above us. This presents the fact that all powers—of perception, of experience, of knowledge, of wisdom—lie for each being within himself, in his inmost nature. And it brings instantly to our minds the idea of development, of unfoldment, of evolution, for every being high or low. There are embryonic souls below us in their various stages of progress; there are the souls of men with their varying degrees of development; and there are Great Souls—Men who have gone through the stages we are now passing through. The whole universe is made up of beings. The form is the home, the instrument, of some minor or greater intelligence. No intelligence, no form; no intelligence, no action of any kind, no responsibilities of any kind. Wherever you find actions and conditions, there you get intelligence, and where ever there is intelligence there is responsibility, whether recognized or not. So that the universe exists for one purpose, and for one purpose only—for the Soul’s experience and emancipation.

Soul means the acquired experience of the Spiritual Being. In the vast universe, with such an innumerable and immeasurable range of intelligent beings, differing infinitely in their respective degrees of acquired intelligence, or Soul, where or what would be the Storehouse of Thought?

In this vast assemblage of beings there are many, many kinds of thought. There are the thoughts or ideas of all the men now on earth and of those who have been; the thoughts or expressions of the beings below man; the ideas and still wider expressions of the beings above man. All these make a vast storehouse; but no one of us can draw from that storehouse any more, nor any different than he puts himself in a position to receive. He must make room for it. All that we perceive directly is ideas. Behind all action is thought of some kind. It is the kind of ideas we hold that makes us do everything—good or evil.

Now we can see how important it is that we should know what we really are—become acquainted with our own nature—and have that as a basis of our thought and action. Upon the quality of thought depends the quality or kind of action. It is all a sequence, and so what is needed is an orderly succession of thoughts based on our true natures, and action in accordance with them. Then everything flows along the line of divine unfoldment, of divine evolution; then we are working in accord with nature, in accord with all others. 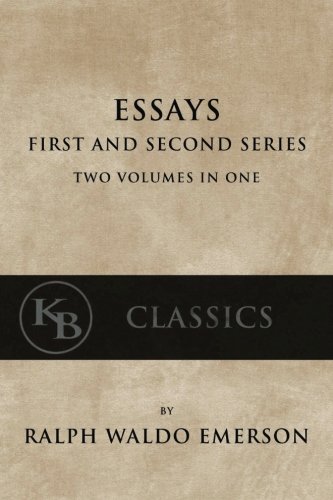