Home Articles Articles by Robert Crosbie The Recognition of Law

The Recognition of Law

The Recognition of Law

We have to assume either that this is a universe of law or a universe of chaos, chance, accident. In fact, we know perfectly well that it is not a universe of chance, because everything we use and understand we see to be under law; and where something befalls us, the cause of which we cannot discern, we none the less assume a cause and try to find it. We cannot even imagine an effect without a cause.

The first thing that the student has to learn to perceive in everything and in every circumstance is the reign of law. We recognize law in part, but not in full, as it should be recognized. Mistaking our own nature, by the very power of that nature, we set in motion causes that produce the results we now feel, and then call those results by such terms as “destiny,” “fate,” “chance,” or the “will of God.” The operation of law to most minds means a fate which befalls us wherein we are benefited or afflicted, but over which we have no control, and in producing which we had no hand. Yet the operation of law can be easily understood. It has been enunciated by all the great Teachers of the past as meaning action and its consequent reaction. Let us remember that these are not two separate and unrelated things—Cause and Effect, Action and Reaction, are the two aspects of one and the same thing. In Sanskrit, both these aspects are included in the one word, Karma.

Karma has been recognized in the Christian scriptures, with which we are most familiar, in the expression, “Whatsoever a man soweth, that shall he also reap.” By consequence, we should easily see that whatever a man is reaping, that he must have sown. Once we get the conception that actions do not produce themselves, that law does not operate of itself, we can see that we cause actions and experience their reactions; that it is we who set up causes and feel their effects.

Cause and effect, action and reaction—the operation of law—are seen to be in ourselves, not outside. There is no action unless there is a being to make it and to feel its effects. Everything that happens to any being has its antecedent cause, and that cause lies in some past action of the being himself. In other words, law rules on every plane of being, and every being of every grade is under that law.

We are all reaping what we have sown, individually and collectively; for we must know that we never act alone. We always act on and in connection with others, affecting them for good or evil, and we get the necessary reaction from the causes set in motion by ourselves. This presents to us the idea of absolute Justice, for under such a conception of Law each being receives exactly what he gives.

This points to another conception: there could not be action and its consequent reaction, unless there were a community of being amongst us. There must be that in our natures which is peculiar to none, but common to all. In other words, we have all sprung from the same Source; we are all traveling toward the same Goal. The path differs only with the pilgrims. The causes that each one sets in motion determine the path that one must follow. This might be called “destiny,” if we understand that it is a destiny of our own creation. Being created by us, it can be sustained by us or changed by us. If we do not like the “destiny” that befalls us, the effects that surround us, the conditions that encompass us, all we have to do is to set in motion such causes as will produce other and more desirable effects. But we have to do it; no one else can do it for us. No one holds us back. No one propels us forward.

There is no difference in our powers. Each one of us has the same power to perceive, to experience, to learn. ‘What we learn differs, our experiences differ, our perceptions differ, but that does not show a difference in our powers—it shows a difference only in the application of those powers. Each one of us contains within himself the same possibilities as exist anywhere and everywhere in the universe. The lines that we have hitherto taken have brought us to whatever pass, conditions or surroundings that may obtain at the present time. But we might have gone another way and produced an altogether different environment. We ought to see that even now, however hampered we may be as the result of mistaken actions in the past, we have not lost and can never lose our power to set other and better causes in motion. The path toward all knowledge lies before us: “All nature lies before you—take what you can.”

This means that all beings below man, and all beings above man, as well as man himself, have gained whatever individual positions they may now be in by their own exertions. It means that no being is standing still; all are acting, all progressing in one direction or another, according to the lines they have followed and are following. It also means that all the beings below man will some time reach our stage, and that every being above man has passed through stages similar to our own—which is evolution carried to its highest point, spiritual and mental, as well as physical. We have applied the great Truths of nature only in a partial, a limited, a personal sense. These are universal truths and should be applied in a universal sense, if we desire to arrive at the fullest recognition of them.

The life in each of us is the Universal Life. Many imagine that Life means existence in a physical body, and that only; that out side of physical existence there is no life. But Life includes all things and forms from the highest spiritual down to life in its grossest form; it is the same Life all through, common to all. It is the One Life, the One Spirit in each and all, so that in each being of every grade there lies the potentiality of All-Being. There is that in each which is beginningless and endless, which is changeless; and that, though illimitable, invisible, inconceivable, can be realized by every human being.

Some illustrations will bring this fact forcibly to our minds. We speak of ourselves, of our identity. We say, “I was a child; when I was a young man or woman; when I was middle-aged; as I am today; as I will be in the future.” Now, what is That, itself unchanged, which is going through all those changes? The same “I,” the same identity. That does not change. The body changes, the ideas—the mind—change, the surroundings change. But the Man himself, the identity, remains unchanged through all these changes of body, scene and circumstance.

Again, take the power of seeing: we all have that power, and no matter how much we exercise it, it still remains the power to perceive. It is not changed by what we see. And we may consider this: change cannot see change. Only that which is permanent can see change. So there is that in us which is permanent, which is Real, which is of the highest, which is a ray from and one with the Supreme, the universal Principle or Power, the creator, the sustainer, the regenerator of all that was, is, or ever shall be. We have to realize That—each one for himself—first by recognizing that IT IS, omnipresent, eternal, boundless and immutable; second, by divesting ourselves of those things we thought It to be: that It is this body, this mind, these circumstances. All these are changing things, things seen; but that which is the Real, the Supreme, our very Self and the Self of all things, is not subject to change; It is changeless; It cannot be seen, for It is the Perceiver.

The ideas we entertain of the Supreme, of Law, of Nature, and of our own Being govern the actions we perform. When we were children we had certain ideas, and we acted according to them, and so on, all through the years. Some of our ideas we have from time to time discarded, and others that we have collected have taken their place. We are now acting according to the ideas we now hold. Are they the best and highest possible to us?

If we change our ideas, we change our actions. If we see that Law rules, that this Law is inherent in our highest nature and not outside of us, we shall see that it is the Spirit in us—our very Self—that is the cause and sustainer of all our actions; and this Spirit by its very power as the Highest, through false ideas creates for itself false positions and false destinies. We have often adopted and we often change our ideas without any real consideration as to their truth, as to their relation to Life, as to their bearing upon existence. We must adopt and hold fast to three great ideas: that each human being has what are called the attributes of the God power of creation, the power of preservation as long as that creation seems satisfactory, and the power to destroy that creation and regenerate better ones. All we have to do is to realize our own real nature, see what our defects are, strengthen our virtues, and move on. Just so surely as we do this, we shall find that our Virtues and strength increase, and our defects gradually fall away. 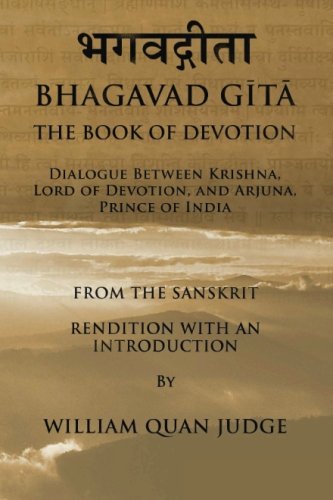