[Note: it is not certain who the author of this article was. It is included in the Collected Writings of H. P. Blavatsky, though it does not seem to us to be authored by H.P.B.]

In the last number appeared the review of an elementary work on Astrology. It may not therefore be unprofitable to say a few words in regard to the subject itself. The popular idea seems to be that the planets and the stars exercise a certain influence upon the destiny of man, which the science of Astrology can determine; and that there are means within the reach of that science which can be used to propitiate “the evil stars.” This crude notion, not philosophically understood, leads to two unscientific fallacies. On the one hand it gives rise to a belief in the doctrine of fatality, which says that man has no free-will inasmuch as every thing is predetermined, and in the other it leads one to suppose that the laws of Nature are not immutable, since certain propitiatory rites may change the ordinary course of events. These two extreme views induce the “rationalist” to reject “Astrology” as a remnant of the uncivilized condition of our ancestors, since as a matter-of-fact student he refuses to recognize the importance of the saying, “Real philosophy seeks rather to solve than to deny.” It is an axiom of the philosophic student that truth generally lies between the extremes. If one therefore proceeds in this spirit, he will find that there is yet not an unreasonable or unscientific hypothesis which can reconcile all these different views, and which, not unlikely, was what the ancients meant by Astrology. Although a study of this science may enable one to determine what the course of events will be, it cannot necessarily be inferred therefrom that the planets exercise any influence over that course. The clock indicates, it does not influence, the time. And a distant traveller has often to put right his clock so that it may indicate correctly the time of the place he visits. Thus, though the planets may have no hand in changing the destiny of the man, still their position may indicate what that destiny is likely to be. This hypothesis leads us to the question, “What is destiny?” As understood by the Occultist, it is merely the chain of causation producing its correspondential series of effects. One who has carefully followed the teachings of Occultism, as recently given out, concerning Devachan and future re-births, knows that every individual is his own creator or his own father, i.e., our future personality will be the result of our present mode of living. In the same manner our present birth, with all its conditions, is the tree grown out of the germ sown in our past incarnations. Our physical and spiritual conditions are the effects of our actions produced on those two planes in previous existences. Now it is a well-known principle of Occultism that the one life which pervades all connects all the bodies in space. All heavenly bodies have thus mutual relation, which is blended with man’s existence, since he is but a microcosm in the macrocosm. Every thought, as much as action, is dynamic and is impressed in the imperishable Book of Nature––the Akasa, the objective aspect of the unmanifested life. All our thoughts and actions thus produce the vibrations in space, which mould our future career. And astrology is a science which, having determined the nature of the laws that govern these vibrations, is able to state precisely a particular or a series of results, the causes of which have already been produced by the individual in his previous life. Since the present incarnation is the child of the previous one, and since there is but that one life which holds together all the planets of the Solar system, the position of those planets at the time of the birth of an individual—which event is the aggregate result of the causes already produced—gives to the true Astrologer the data upon which to base his predictions. It should be well remembered at the same time that just as the “astronomer who catalogues the stars cannot add one atom to the universe,” so also can no astrologer, no more than the planet, influences the human destiny. Perhaps the following beautiful passage from that exquisite work of Bulwer Lytton’s—Zanoni—may help to make the meaning still clearer:—

“For the accomplishment of whatever is great and lofty, the clear perception of truths is the first requisite—truths adapted to the object desired. The warrior thus reduces the chances of battle to combinations almost of mathematics. He can predict a result, if he can but depend upon the materials he is forced to employ.”

This necessitates a consideration of the element of clairvoyance necessary to constitute a true astrologer.

The ancient Rishis, to condemn whose books without a hearing was till recently a general practice, had by observation, experiment and deep occult knowledge, taken account of all conceivable combinations of various causes and determined with mathematical precision almost to infinitesimal point their effects. But yet, since the cosmos is infinite, no finite being can ever take cognisance of all the possibilities of Nature; at any rate they cannot be committed to writing, since as Isis Unveiled says:—“to express divine ideas, divine language is necessary.” Recognising the truth of this most important but unfortunately often neglected axiom, they laid down as the first condition of success in astrology a pure life, physically, morally and spiritually. This was intended to develop the psychic capacities of the astrologer who could thus see in Akasa the combinations, not alluded to in the written works, and predict their results in the manner beautifully illustrated in the above extract from Zanoni. In short, true Astrology is a mathematical science, which teaches us what particular causes will produce what particular combinations, and thus, understood in its real significance, gives us the means of obtaining the knowledge how to guide our future births. True, such astrologers there are but few: but are we justified in condemning the science of electricity because there may be very few real electricians? We must not at the same time lose sight of the fact that although there are numberless combinations which must be determined by the psychic vision of the astrologer, there are yet a very large number of them which have been determined and put on record by the ancient sages. It is these cases which baffle us when we find that some astrological calculations prove correct while others are quite beside the mark. 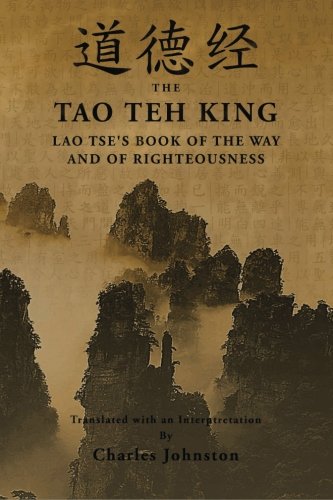 Tao Teh King: An Interpretation of Lao Tse’s Book of the Way and of Righteousness